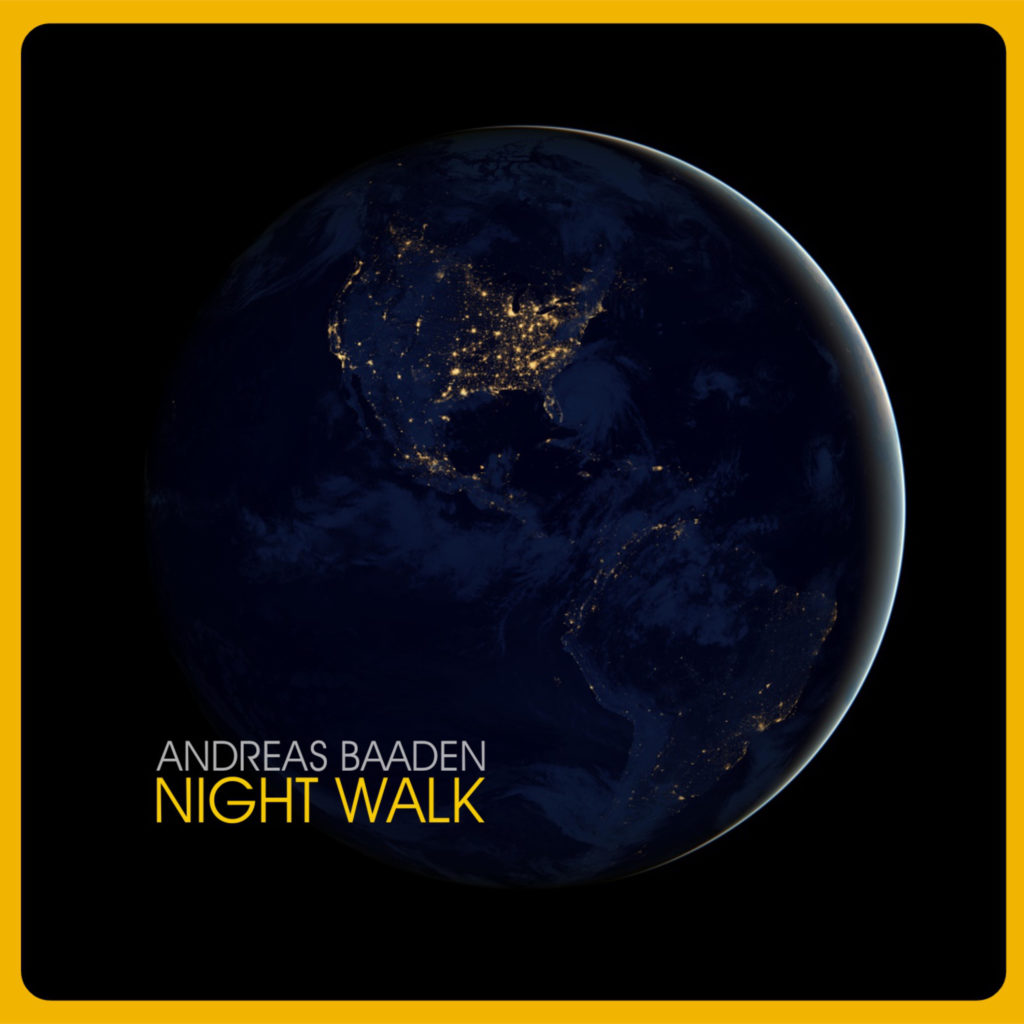 Music for a slower life:

Night Walk – stories from the past, the present and the future. Available on CD at MellowJet Records.

On his tenth album „Night Walk“, Andreas Baaden spans the arc from Berlin School to rock to modern electrobeats and experimental electronic music. Dark ambient and melodic passages make „Night Walk“ a varied listening experience. Many of his classic keyboards such as Roland Juno 106, Moog Rogue or Yamaha DX7 from the Antares Studio in Bad Honnef are used – as well as an electric guitar for the first time on Andreas‘ solo albums (which is otherwise played by Uwe Cremer alias Level Pi in the Baaden/Cremer project – see the album „Aufbruch“ at MellowJet Records). If you like the music of Alan Parsons Project, Genesis, Tangerine Dream, Schiller, Jean Michel Jarre or Coldplay, you will like „Night Walk“.

The album’s opener is „Think First and Do the Second Move“. An exciting Rhodes phrase combined with a bass sequence and the classic Roland D50 provided the starting point for this dynamic electrobeat track. The song‘s message: Think first, then act to focus on the important things. Take your time to live!

The exciting long track „Icy Worlds in a Habitable Zone“ is the soundtrack to a journey to Europa, moon of Jupiter (Part I), and to Enceladus, moon of Saturn (Part II). Both are icy moons and actually are outside the life-friendly zone around the sun. But the powerful gravity of the two giant planets ensures that it is relatively warm under the ice of both moons – there are vast oceans deeper than Earth’s, and life is suspected there. The search for extraterrestrial life can unite humanity and give it a common vision.

In the gloomy starting electro track „The Light Behind the Dark Side“, it’s back to earth. The song makes clear: After a hard time, things are looking up again. Things are getting better, and without this hope, life is meaningless. The search for the good, the better life is the meaning of life.

„Lunar Jam“ leads us to the moon of Earth. The track developed from an extended improvisation to a driving Moog sequence. „Go to the moon“, John F. Kennedy proclaimed in 1961 – and it was successful. The Apollo spirit of that time shows us: People can do anything if they only want to. So why not overcome hunger, environmental destruction and diseases?

„Sensing Colours“, recorded late in the evening during a chord improvisation, sets a relaxed counterpoint. We imagine a walk on planet Earth. When we close our eyes, we feel the colours of nature. In addition to the DX7 and a Moog, the time-honoured Korg CX3 also comes into its well-deserved use here towards the end of the piece!

The second long track of the album describes a journey through time in two parts: „Dropping in at 800 AD“. A time traveller gets stranded near a monastery in the year 800 AD. Monks chant. The knowledge advantage of our „modern“ civilisation does not help him, on the contrary. Soon he ends up in a dungeon. With difficulty, he manages to find hope and he gains a foothold in the past.

„Interlude 2021“ is a melancholic piece, originating from a harmonic chord sequence in the interaction of the Juno 106 with the D50. How will the year go? We will overcome the crisis!

A look into the future: „Take Time Forever“ is inspired by Arthur C. Clarke’s novel „The City and the Stars“, which takes place a billion years after our time. People’s lives are determined by a giant computer. They are immortal, but not happy.

The closing track is the mysterious „Going for a Night Walk“: In the dark of night, sounds that we hardly notice in daylight are amplified.

„Night Walk“ – an exciting and melodic album by Andreas Baaden. „I put all my feeling and my heart into this music in the very special year 2020, and I think you can hear that. Music gives us hope and confidence, and that’s what I want to convey with this album.“